A life lived outside the box 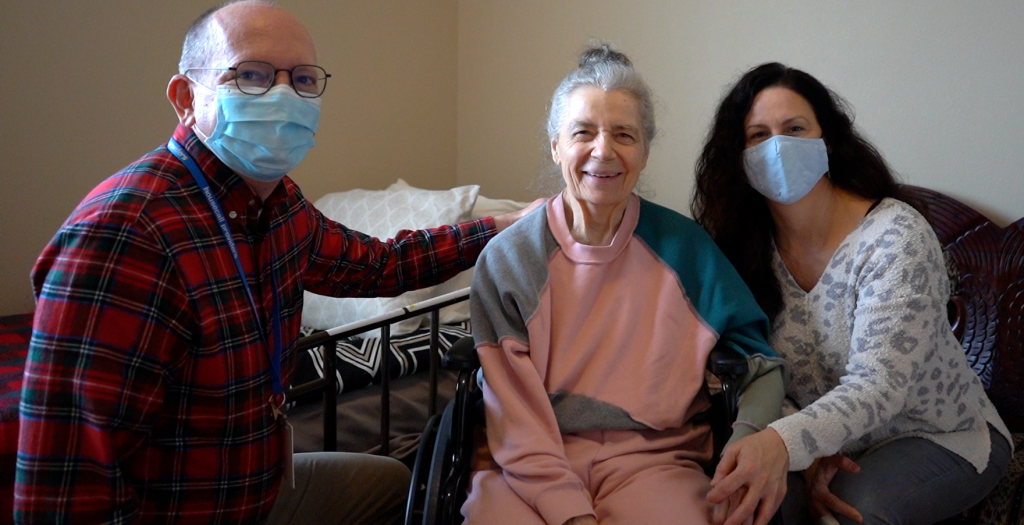 When Greer Kern talks about the life of her mother, Housecall Providers Hospice patient Patricia Ann Secretti (Ann), she offers us a glimpse into the life of a person who has lived life on her terms, an independent, free thinker who never let society dictate who she was and who she wanted to become.

“My mother put herself out in the world during a time when it was unpopular to have unconventional thoughts,” says Greer. “She lived her life following her own passions.”

Now Greer is the decision-maker and family caregiver for her mother, who lives at an adult care home in southwest Portland and is coping with complications from Parkinson’s disease. Last fall her mother was fine and enjoying her daily activities like tai chi and yoga and then she experienced a bad fall. “She did not break anything, but the fall initiated a serious decline, especially in her cognition,” says Greer. She enrolled her mother in Housecall Providers Hospice later that month on the recommendation of a trusted provider.

When Ann was just 19 and fresh out of high school in 1966, she and her friend took a backpacking trip across six European countries. “They made the trip with only $100. My mother was very optimistic and positive. She didn’t see any obstacles,” says Greer. 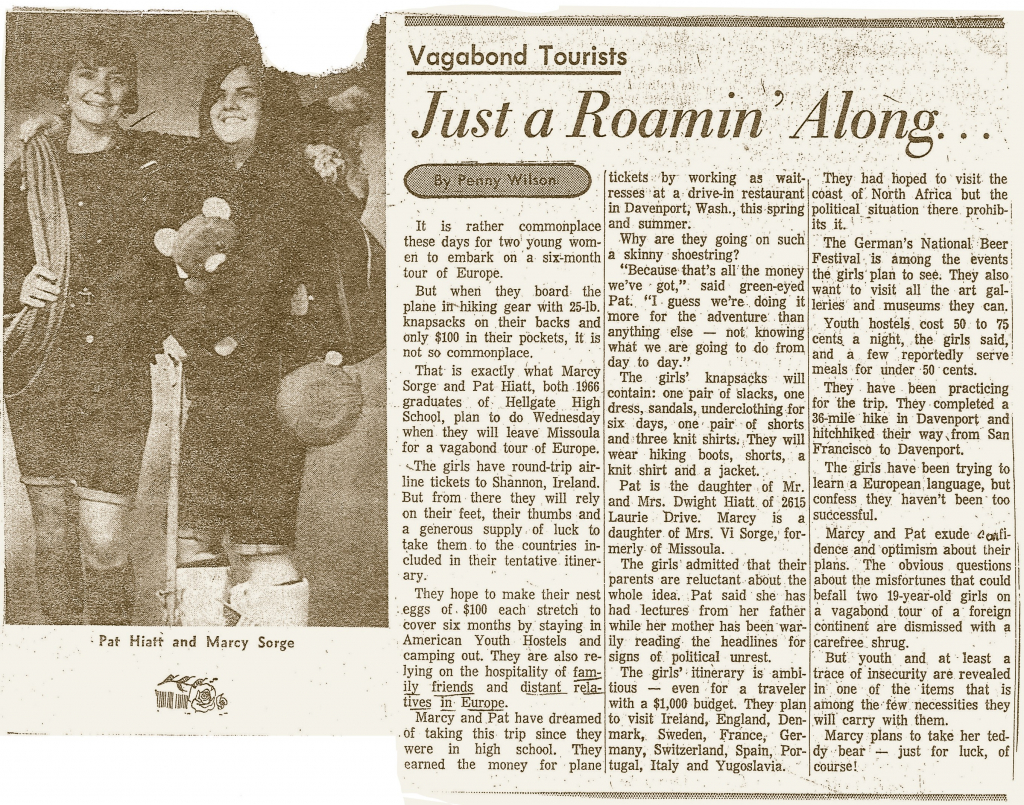 The adventures of the two friends grabbed the attention of the Missoula Times.

At the time, hostels were $.50 a night, but $100 was still a meager sum for such an ambitious trip. Even so, says Greer, “They didn’t see any reason a hundred dollars wouldn’t be enough.” They needed to buy a ticket to Shannon, Ireland, and planned to hitchhike from there. Since they would be carrying 25-pound packs on their backs, they decided to first do a practice trip from San Francisco to Davenport, Washington. These backpacking adventures garnered local attention, and the Missoula Times even wrote an article about their adventure, under the heading “Vagabond Tourists.”

When Ann, the youngest of eight children, returned from Europe, she decided to move to Mexico, learn the language and immerse herself in the food and culture of the country. When she returned to the States, she enrolled in college in Montana. There she met Greer’s father, who soon proposed, and three months later they were married.

They made the decision to go “back to the land,” where they would grow their food, make their own furniture and clothes, and live on their own terms on 40 acres outside Colville, Washington. Greer remembers those days fondly – almost always having braided hair with bear oil, moving outhouses by carrying them, making and taking part in sweat lodges, having fresh eggs and milk, and spinning their own yarn, her mother using the girls’ hands as human spools.

The family moved many times, always seeking the next adventure. Ann had a sincere thirst for what life meant and was always seeking out a deeper understanding. This curiosity took her in and out of different forms of religion and philosophy that she readily shared with the family.

After Greer’s parents divorced, her mother put herself through school and became a legal secretary. She balanced her work life with artistic pursuits like belly dancing or restoring a dilapidated house almost entirely by herself. Her interests took her to places her professional work seemed disconnected from.

Even with the struggles of raising two girls as a single mother, Ann made the most of every moment. “Mom taught me how to be in life, and I want to thank her for that because I have never felt fearful of whether or not I could make it in the world.“

The difference Housecall Providers Hospice made to the family was felt almost immediately. “I’ve been able to, for the first time in years, let someone else take care of my mom, and I don’t have to be on the front lines. I can just enjoy my mom,” says Greer. “I can actually decide at a moment’s notice, ‘When should I see mom?’ Now I can just shower her with love and attention without having to think of anything else.”

In the beginning days of hospice, Greer noted that she received calls from spiritual counselor Scott Winters. “I’m not used to that level of support,” she said. “I was rubbing mom’s shoulders while I was with Scott and my mom said, ‘That feels good,’ and Scott said, ‘We can get her massage,’ and so we arranged for a massage!”

Greer enjoys receiving consistent feedback from the hospice team about how much they like being with Ann and how interesting and sweet she is. “I mean there is a genuine warmth and care that she’s receiving now in hospice,” says Greer. “I like that there’s more than one spiritual counselor and Jamie is a wonderful nurse.”

Greer’s narrative of her mom’s story offers us a chance to reflect on what we are given and what we make of it. “I used to see an important person as making a mark on the world in some kind of grandiose way,” says Greer, “but maybe it really is about living the most authentic life and how that invites everyone around you to do the same.”