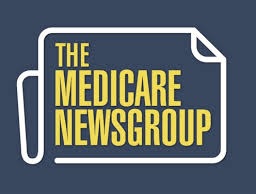 Back in 1992, Benneth Husted, M.D., noticed that elderly patients with chronic conditions who didn’t have access to a physician often landed in the emergency room in such terrible shape they’d have to be admitted to the hospital. So she started a medical practice dedicated to keeping the frail elderly healthy by visiting them in their homes.

Today that practice, Housecall Providers, serves 1,300 homebound patients, medically fragile elderly and disabled adults in the area around Portland, OR. It functions much like a typical doctor’s office, with physicians, nurse practitioners or physician assistants meeting and learning about their patients’ needs. The medical group’s four physicians, three physician assistants and 17 nurse practitioners are about to embark on a new adventure: becoming a test site for the idea that Medicare can save money by bringing health care teams to the chronically ill at home.

On June 1, the Center for Medicare & Medicaid Innovation launches the Independence at Home Demonstration. Of the more than 130 home care organizations that applied, Housecall Providers is one of 16 primary-care practices around the country selected by the CMS to provide home-based care to targeted patients with complex chronic diseases for a three-year period. Then the data will be analyzed to see whether patients have been kept healthier and at less expense than under traditional Medicare (Medicare Hospital Insurance (Part A) and Medicare Medical Insurance (Part B)).

“This project has been a long time in coming,” said Terri Hobbs, who runs the business side of the practice. “We’ve been watching for it over the last two years, as it got passed, and we’ve been anxiously awaiting for it to actually launch.”

The 70-employee practice has recently staffed up, adding two transition-advocate registered nurses and a new data person. Under the demonstration project, a tremendous amount of new data must be collected and tracked.

The new nurses will train and educate families and caregivers to contact the health care team when there’s any change in the patient’s health status, even minor changes. “If they do end up in the hospital,” Hobbs said, “these advocates are actually going to be there. To make sure the i’s are dotted and t’s are crossed.” The goal is to reduce readmissions.

These are the kind of on-the-ground measures being taken by medical practices, hospitals and other caregivers around the country in response to Medicare’s thrust to change the direction of U.S. healthcare. Sparked under the leadership of Donald Berwick, M.D., the former Centers for Medicare & Medicaid Services (CMS) administrator, the giant bureaucracy has sought to reshape itself from largely a passive bill payer to an active health care transformation agent.

The Affordable Care Act (ACA) gives the CMS new authority to experiment with other models of care, such as accountable care organizations (ACOs), patient-centered medical homes and bundled payments. The act authorized establishment of the Innovation Center. Read More

The Independence at Home project (which was co-sponsored by Oregon’s Democratic Sen. Ron Wyden), will target the “sickest and costliest” of Medicare beneficiaries, said Constance Row, executive director of the American Academy of Home Care Physicians (AAHCP), a group that advocates comprehensive primary care in patients’ homes.

“There are some 4 million very sick home-limited seniors in this potential market,” she said. “This is a way to give them what they want, which is to stay at home and get a higher quality of care. And it saves Medicare a lot of money.”

“There are a wide range of estimates out there. I would just say it’s in the billions (of dollars),” she said of the savings, citing the millions of homebound seniors in the United States and the high costs for emergency room visits to treat them.

The AAHCP estimated that the unsuccessful Independence at Home Act of 2009, the legislation on which the program is based, could have saved Medicare $14 billion a year if it had passed.

The frail and chronically ill elderly who don’t get to the doctor’s office are some of the top utilizers of Medicare services. “What generally happens is they don’t get in to see a doctor for several years, end up in crisis, then they end up in the ER or hospitals for lengthy stays,” Hobbs said. “They’re the people who cost the most.”

The ACA provision that authorized the project is based on the Independence at Home Act of 2009, which was introduced by Wyden, but it didn’t move past the Senate Finance Committee. According to the AAHCP, the legislation was to address the “number one cost and quality problem” faced by Medicare: Beneficiaries with multiple chronic diseases are among a small group of high-cost beneficiaries who account for over 65 percent of Medicare costs and have poor health outcomes.

To participate in the Independence at Home project, the CMS selected such established organizations as Boston Medical Center, the Cleveland Clinic, and Christiana Care in Delaware, and several visiting physicians associations. The Portland practice is the only site west of the Central Time Zone.

“Gee, I wonder if Sen. Wyden had anything to do with that,” Hobbs said. Wyden has been such a booster of the home care model that he’ll be attending a kick-off breakfast for Housecall Providers on June 1, the day the program begins.

Eligible beneficiaries in the demonstration project must have two or more chronic conditions, be covered by fee-for-service Medicare (traditional Medicare, not Medicare Advantage), need assistance with at least two activities of daily living, have had a non-elective hospital admission within the last year and received rehabilitation services in the last year.

Project sites will collect data over the three years of the demonstration. After 18 months they’ll start to get preliminary feedback from the CMS. A control group of similar patients is being enrolled who won’t get the home care.

Unlike certain other Innovation Center initiatives, this program is not a grant from the CMS to a provider. It also has bipartisan support because it doesn’t cut funds or services from Medicare, Row said.

The program is based on a shared-savings model. In other words, there are no upfront costs to Medicare, making it unique among other demonstration projects. If organizations such as Housecall Providers save a minimum of 5 percent compared to the control group, any additional savings will be split with Medicare, with 80 percent going to the participating group.

“We have to put the funds up for the first year,” Hobbs said, adding that she’s fairly confident of achieving the goal. “We know, based on our own stats, that one ER visit costs more than a year of just our services for a patient.”

There is a downside to the program. Because of the payment system—how doctors are paid—there aren’t enough primary care physicians to address the need, Row said.

“If everybody who needed this service calls me today, there is no way I can say a doctor can see them right away,” she said, adding home care organizations like Housecall Providers exist because of “dedicated physicians” and volunteers.

The AAHCP estimates there are approximately 4,000 providers, mostly physicians and some nurse practitioners and physician assistants, who are engaged on a full-time or substantial time basis in the practice of home care medicine. These practices and programs range in size from multistate groups to the solo practitioner, though most are not large enough to qualify for the Independence at Home demo.

More primary care physicians may be attracted by the incentive the Medicare program could provide. For that reason, the AAHCP is advocating an accelerated expansion of the program.

“Demonstration projects are basically studies and are limited by nature,” Row said. “But it shouldn’t take 3 years to see how beneficial this program can be.”

The Veterans’ Affairs Home-Based Primary Care program, which has operated for over 30 years, has reduced overall costs by 24 percent and hospital days by 62 percent, according to a Clinics in Geriatric Medicine 2009 report. That program has over 200 locations across the country.

Though not all home care groups would have qualified for the Independence at Home project demo, many more could have participated if the ACA provision had not placed a 10,000-beneficiary cap on the project, Row said. There were more than 130 home care organizations that applied to participate in the demo project, but only 16 were chosen.

The median age of a Housecall Providers’ patient is 83.

Housecall Providers also runs a hospice program. “We see a lot of end-of-life care,” she said. “It’s important to us to have goals of life conversations, have advanced directives in place. So we know how they want to be cared for.”

Medication reconciliation is one of the major techniques they’ll use to keep the elderly healthy. Many elderly patients can have 10 to 20 medications, and are easily confused by the dosing instructions. After a hospital visit, the medications should be coordinated and reconciled to prevent adverse events and complications that can lead to expensive readmissions.

“I think everyone who comes here and stays awhile does so because they like the mission of serving people who are not otherwise served,” said Andrew Sperlin, M.D., a staff physician at Housecall Providers. “The home visit is just so much better for them, and for me.”