Hobbs named to the Executives of the Year list 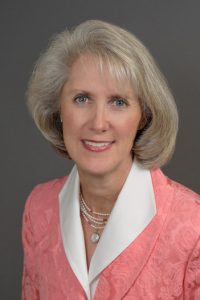 Housecall Providers Executive Director Terri Hobbs has been selected as one of the Portland Business Journal’s 2017 Executives of the Year. Hobbs joins nine other executives from various industries across the Portland metropolitan area to be honored at a luncheon event on Thursday, January 26th at the Sentinel Hotel. One of the ten will be selected as the Executive of the Year after brief on-stage interviews.

Hobbs, who has been Housecall Providers’ executive director since 2011, made the Portland Business Journal’s Executives to Watch list in 2016.

“I am thrilled to be able to represent Housecall Providers at such a prestigious event and be in the company of leaders who are making our city such a vibrant business community,” Hobbs said. “Our continued success with the Medicare demonstration Independence at Home (IAH) was certainly one of the reasons this honor was bestowed upon me. I can’t say enough about the work of our staff to once again lead the nation in cost savings while simultaneously delivering excellent patient-centered care,” she continued.

Hobbs has had a fantastic year in her own right. Her commitment to and expertise in fostering home-based medicine led her to be asked to be part of the board of managers and the executive committee of The House Call Project, a subsidiary of the Illinois-based Home Centered Care Institute.

She was also asked by invitation only to Medicare’s headquarters in Baltimore to participate in a technical expert panel discussing with two other IAH colleagues the process of converting IAH to a Medicare program. Multiple requests have come in this year for her to present at national conferences including the American Academy of Home Care Medicine, the Home Centered Care Institute and the Center to Advance Palliative Care.

“To be one of the pioneers of home-based primary care and now see practices start to spring up across America is extremely gratifying for all of us who worked to make Housecall Providers a national model for home-based medicine,” she stated.