Music & Memory: A new gift to our patients 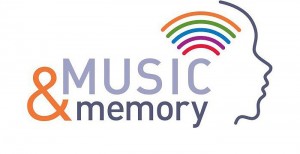 Music & Memory was the subject of the award-winning 2014 documentary “Alive Inside,” which chronicled Music & Memory founder Dan Cohen’s crusade to bring iPods filled with personalized music playlists into the lives of people living with dementia. Patients have responded so positively to Music & Memory that it has found its way into thousands of dementia patients’ lives. Soon some HCP patients and their caregivers will be able to experience the benefits as well.

In addition to the documentary, Cohen produced a popular YouTube video featuring Henry Dreher, a patient at the nursing home where Cohen volunteered. After the inspiring video went viral on social media, Cohen’s work gained wide renown and the subsequent documentary about the Music & Memory program was filmed. In the video, a caregiver places headphones over Henry’s ears. At first, he appeared to be adrift in the fog of dementia, but once his music started he began moving to the beat, often singing along, and he grew increasingly animated. In addition, he became more responsive to those around him.

It was watching “Alive Inside” that inspired Volunteer Coordinator Todd Lawrence to contact Music & Memory. “So many of our patients live with dementia. I’d been looking for more ways that our volunteers and the rest of our team can make meaningful contact with them, and this seemed like a natural fit,” he said.

With the help of a grant from The Regence Fund of the Oregon Community Foundation, Lawrence and Assistant Volunteer Coordinator Kim Cannard received the training necessary to bring Music & Memory to the Housecall Providers patient population. The plan is to begin rolling out the program in 2016, at first with an emphasis on hospice, but then eventually to as many patients as possible.

“I definitely see this as an incredible tool to offer our patients with dementia,” says Lawrence. “Loneliness is such a pervasive issue for homebound people. Music can offer companionship at any time.”

If you are interested in volunteering to help with this program, please call Todd Lawrence at 971-202-5515. We are looking for tech-savvy people able to help us create playlists and load music into iPods. We are also looking for (perhaps less tech-savvy) volunteers willing to introduce the iPods to patients and help us learn what kind of music they might like. We are also seeking donations of new and/or gently used iPods, CDs, and iTunes gift cards.