Nanci and Paul: A love for the ages 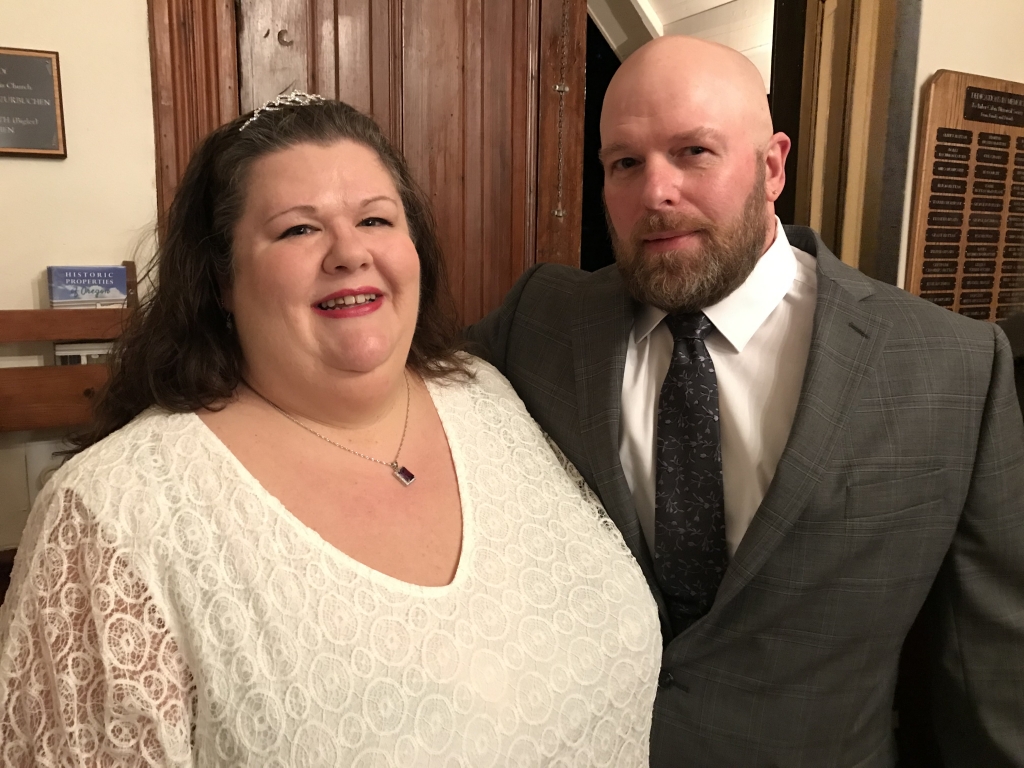 After years of putting each other above all else, Nanci and Paul made their love “official” with a spiritual wedding encouraged by their Housecall Providers social worker.

History is full of stories of love that’s been forged through adversity. Following in the tradition of couples who have overcome great odds to be together, we have Nanci and Paul: lifelong Oregonians, stalwart survivors of chronic illnesses and now, husband and wife.

On Valentine’s Day, 2020, and twelve years after they first met in the hospital during one of the hardest parts of their lives, Nanci and Paul stood together under the eaves of a 19th century pioneer church, alongside their spiritual advisor and Housecall Providers’ chaplain, Dean Yamamoto,  to celebrate their love and commitment in front of their families, friends and God.

This moment almost never happened for many reasons. Over the course of their relationship, Nanci and Paul have faced obstacles that would have destroyed a lesser love. Nanci has long struggled with serious health problems that have limited her ability to work and travel outside the home. Over time, Paul found himself taking on the role of full-time caregiver, a situation that has worked well for their household.

“We just do better when we’re together,” Paul says, while relaxing in an oversized recliner in their tidy and comfortable living room, petting one of the couple’s two beloved cats.

The idea for a spiritual wedding was raised by Housecall Providers social worker, Sarah Jo Tomlin. “I could see how much she and Paul cared for each other,” Sarah says. “It made sense that they would want to formalize the love they’ve shared for so many years.”

Christmas of 2018 was particularly difficult for Nanci and her family, culminating in a severe exacerbation of her chronic illness that landed her back in the hospital. “I realized that God kept me alive for a reason, and I decided I need to change things,” Nanci recounts.

Since that fateful day, with the help of her Housecall Providers team, Nanci has made great strides in improving her health. She has lost over 165 pounds and convinced Paul to join her in kicking their smoking habit for good. “It hasn’t been easy,” Paul reports, “but Nanci helps keep me on track.”

Nanci credits Housecall Providers with supporting her changed lifestyle. “Other systems in the past had this ‘one size fits all’ attitude, they wouldn’t personalize things. Housecall Providers helps us get whatever we need, they’re always one phone call away, and they really care about the whole person.” Paul notes, “They work as a team – and that is really exceptional.”

After vowing to love each other forever and put each other above all else, Nanci and Paul walked down the aisle as husband and wife to the song, “Bless the Broken Road” by Rascal Flatts, whose lyrics are particularly poignant considering the obstacles this family has had to overcome.

“This much I know, it’s true
That God blessed the broken road
That led me straight to you.”