On the side of angels 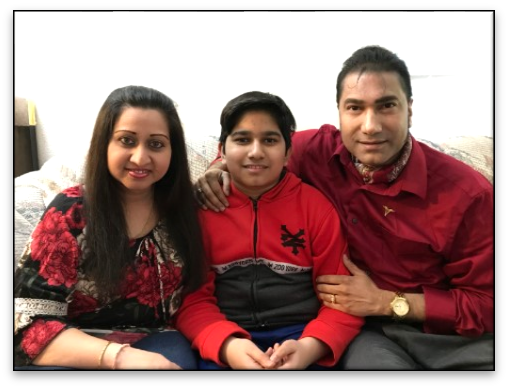 Radha Kumar and her family count on Housecall Providers for help with the dementia care and support her father needs.

“I believe that without the tender loving care of Housecall Providers Hospice, my father would have died a long time ago” Radha Kumar tells me, as we sit in her family’s cozy Beaverton apartment. In the next room, her father, Dr. Narasimha Botta – aka “the Doctor” – dozes peacefully surrounded by awards, diplomas and pictures of his loved ones.

This room is nearly 8,000 miles from the Doctor’s hometown of Vizag, India, where he had a prestigious career as a medical professor. He taught well into his 70s, long after his only daughter, Radha, married American Sanjay Kumar, and immigrated to the US. 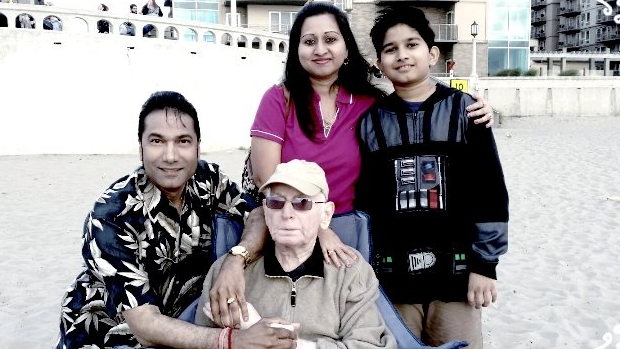 Dr. Narsimha Murthy Botta and the Naidu Kumar family in Seaside, OR

About 14 years ago, the Doctor started to become agitated and anxious. Soon after, his memory began to falter, and he was diagnosed with Alzheimer’s Disease. Radha’s mother took care of him as his symptoms became more extreme.

One night in 2013 Radha received a phone call that her beloved mother had been hospitalized with a brain aneurysm, leaving her father wandering through their neighborhood confused and alone. After a grueling 27-hour flight back to India, Radha made the decision to remove her mother from life support. She was now the sole caregiver for her father and would remain in India for 5 months, separated from her husband and young son, to plan for his future. “It was so sudden. I had no one to help me. I had no time to grieve,” says Radha.

Despite India’s large population and rapid development, infrastructure to support people with dementia is limited. Only a handful of residential memory care programs exist in the entire country, with most people relying on their extended family networks for care.

As an only child, Radha didn’t have much family support, and it proved impossible to find caregivers who could handle the Doctor’s difficult behaviors. With all other options exhausted, Radha decided to bring her father to the US and care for him herself. “My parents were very good to me and I couldn’t just abandon him,” she explains.

After much effort and expense, the Doctor received a green card allowing him to stay in the US. Despite his lawful status, the Doctor cannot qualify for Medicaid, Medicare or any form of subsidized health care program for 5 years after his arrival, leaving the Kumar family in a difficult position.

When the Doctor suddenly stopped eating in November 2018, Radha and Sanjay reached out to Housecall Providers. As a nonprofit hospice dedicated to caring for anyone in need, our team helped get the Doctor a hospital bed and provided his family with essential caregiving supplies and education.

“We were doing our best, but the team has empowered us to care for him in a better way,” Sanjay says. “The quality and professionalism of the care we’ve received has been so consistent and they’ve been so dedicated and courteous.”

“I think you are all angels – actual angels on earth right now,” says Radha, tearfully.

Beyond help for an immediate need, the support Housecall Providers offers has given the couple a renewed appreciation for the goodness inside all of us. As Sanjay puts it, “My entire outlook on people has changed because of Housecall Providers Hospice. We want to thank the people who have made this possible. It means so much to us. We’ve realized that people you barely know might be the ones who help you most in life, and we promise we will pay it forward.” 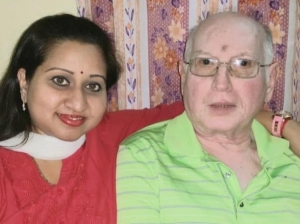 Radha and her father, the Doctor. 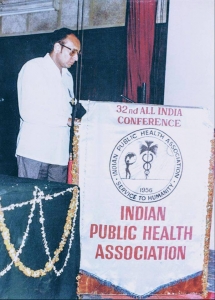 The Doctor was recognized with many professional awards during his medical career. 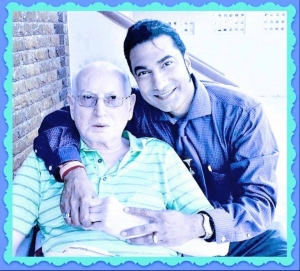 The Doctor with his son-in-law, Sanjay Naidu Kumar, Sr. MD