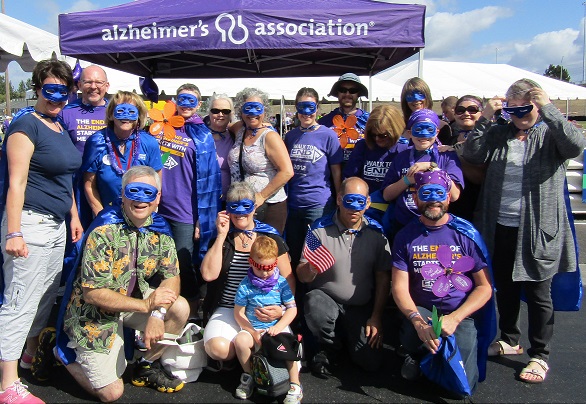 Donning capes and masks the Housecall Providers superheroes soared into Portland International Raceway early Sunday morning on September 11th to support an event very close to their hearts, The Walk to End Alzheimer’s. This was our second year sponsoring the Walk and the team made quite an impression wearing blue capes that read Housecall Providers to the Rescue! while handing out over 800 backpacks to fellow walkers. 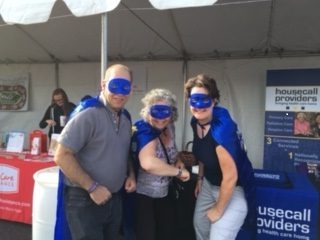 Formed in 1980, the Alzheimer’s Association advances research to end Alzheimer’s and dementia while enhancing care for those living with the disease. Walks are held annually in more than 600 communities nationwide and provide a big source of revenue for the Association. 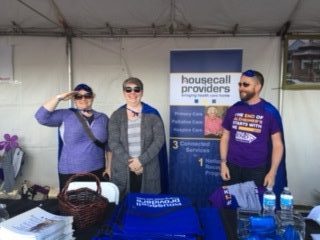 With nearly 80% of Housecall Providers patients suffering from some form of dementia and many of those with Alzheimer’s disease, it was an opportunity for staff members to honor our past and current patients who have suffered and continue to suffer from this disease.

The team raised nearly $2,000 in support of the Association and had a lot of fun joining with the thousands of other walkers in the fight against Alzheimer’s. See you next year! 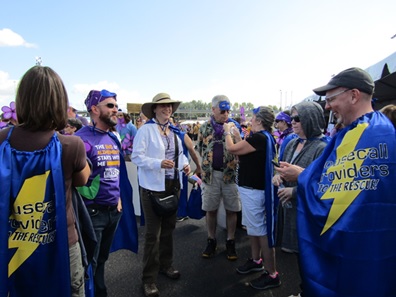 Team members taking a breath before the Walk begins.