Traveling the path toward deeper connection 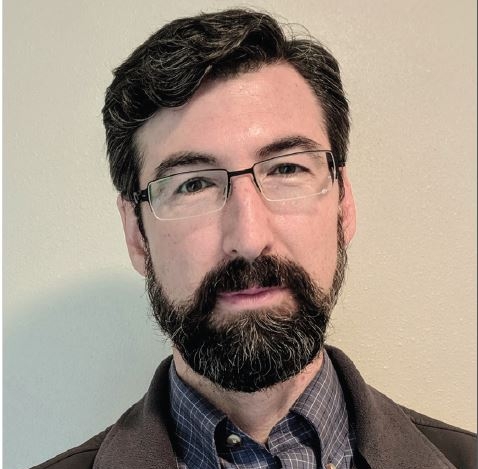 Few doctors can claim certified nursing assistant (CNA) on their resume, but luckily for Housecall Providers, our newest employee has worn the scrubs to prove it. Dr. Brian Leese joined Housecall Provider last month as our new hospice medical director, replacing Dr. Eric Walsh, who retired after two years of care and service. While Brian’s two-year stretch as a CNA was at the beginning of his career, it planted the seeds for the position he holds today.

“I look back on the work as being so valuable and challenging,” Brian says. “Being a CNA gave me an appreciation for the sheer amount of physical work it takes to keep eight sick patients clean, dry and fed.”

Brian’s interest in health care first came through organic farming, a passion that led him to choosing Evergreen State College for his undergraduate degree. The college had the distinction of being one of two campuses in the U.S. that had an organic farm. He studied agriculture and soil chemistry before shifting his focus to biology and health. His path led him to study naturopathic medicine and massage therapy before receiving his medical degree from Lake Erie College of Osteopathic Medicine in Florida.

Fast forward to today, where Brian has worked as a physician at OHSU in various roles for the last ten years. First, completing his internal medicine residency, then as Chief Resident, and eventually as a hospitalist. Over his many years of experience, working with patients living with serious illness has had the greatest impact.

“While all the care delivered in medicine is vitally important, these relationships are one of the places where things often become most ‘real,’ where the truth is spoken and sometimes even the smallest thing like a conversation can become deeply meaningful,” says Brian.

This learning journey culminated with Brian completing a hospice and palliative care fellowship at OHSU in 2020. It also set the stage for his next chapter in serving those in need.

“Our organization has always been about really valuing community relationships. Brian embodies this commitment with his long-time work at OHSU as a resident, hospitalist and palliative care fellow,” says Advanced Illness Medical Director Dr. Will Kennedy. “Best of all, his kind, mission-driven style fits perfectly into our culture and next chapters.”

An East Coaster who has lived in three of the four corners of the country, Brian has a special connection with the Northwest. “I guess there are two aspects that really stand out,” says Brian. “The natural history – volcanoes, massive old growth trees, rocky coastlines – and the community’s values.”

Oregon has long prioritized health care as a human right. This includes meeting people “where they are” with their needs, a fundamental tenet of the Housecall Providers and CareOregon missions. “Whatever someone’s story, recognizing their intrinsic worth is often the first step towards healing,” says Brian.

This history helps make Portland one of the progressive cities leading the way towards a new way of looking at issues like substance use, poverty and race. “It heartens me to be connected to this type of caring community and being able to liaise with social services,” says Brian. “Getting my patients what they needed was one of the most satisfying aspects of being a hospitalist.”

He also fits within the Portland scene in another way too: a self-admitted science fiction buff who claims our city’s own Ursula Le Guin as one of his favorite authors. “I love all the classic novels, games like Dungeons and Dragons and the show ‘Doctor Who,’ which I grew up watching on PBS,” says Brian, who can be seen in winter sporting a version of the 20-foot scarf the good doctor wore in the 70s show.

Still, it was the hospice staff’s reaction when they were introduced to Brian during the interview process that confirmed that he truly was the right person for the job. “It was beyond that they really liked him,” Will says, “it was more like ‘he is one of us.’”